Today I have a great interview for you guys, featuring Sara Snider. She’ll be talking to us about her book, The Thirteenth Tower, and sharing a wealth of interesting facts from her research — the weight of women’s clothing in the 19th century and the drinking habits of laundresses, for starters.

This interview is part of a series of posts where I talk to writers about the interesting things they dig up during their research process. If you know of an indie writer who you’d be interested in seeing featured in this kind of interview, let me know in the comments and I’ll see what I can do!

Right, without further ado, here’s the interview, hope you guys enjoy it! 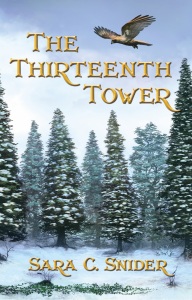 Thanks for taking part in the interview Sara! Could you please start by telling us a bit about your book?

The Thirteenth Tower is a fantasy novel about Emelyn–a seventeen year-old orphaned girl–who joins up with a pair of Magisters (wizards, basically) on their journey northwards to stop a menacing creature of magic. The Magisters promise to tell Emelyn of her parents, but, of course, it’s never that simple. The journey north is a bumpy one, with lots of magical happenings and things to discover, much of which is about Emelyn herself.

What kind of research did you do to create the world your novel is set in?

When I first started writing the book, I imagined it taking place during a time similar to the Victorian Era. (In actuality, though, the setting is probably closer to the 18th century rather than 19th ). Emelyn also starts out as a servant, so a lot of the research involved these two things. I spent a lot of time reading about Victorian domestic life in general as well as the various types of servants, their wages, duties, etc. It’s a fantasy world, though, so all of this was just to get an idea of a way of life from past days, which could serve as a foundation for me to tweak and build upon.

What was the most interesting thing you found about Victorian domestic life?

Laundry day was a big deal and very disruptive. Servants had to get up earlier than normal to heat the water. Soaps were mostly ineffective, and so clothing had to be scrubbed and boiled. Sheets had to be wrung out by hand, which was physically taxing. If the weather was bad, the laundry would need to be hung indoors to dry, which then meant living in dampness for days. Apparently it was desired to have so many spare bed sheets and undergarments that laundry would only need to be done maybe eight or nine times a year. Wealthier households hired a laundress.

Laundresses, in addition to their pay, expected “perks,” which was usually beer three times a day and gin and water at night. I’m not sure why this delights me. (It delights me too! Then again I’d want beer and gin too if I had to handle people’s undergarments all day) 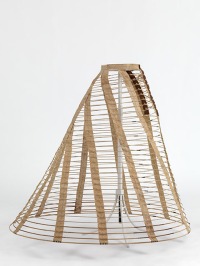 Crinolines, or hoop skirts, (all the rage in the 1850s) tended to catch fire and were a “fairly common” cause of death among women. Household guides recommended keeping a heavy woolen table cover or piano shawl nearby to quickly extinguish such fires. Thankfully, these skirts fell out of fashion about a decade later. But, honestly, I’m kind of amazed and baffled it took that long.

Additionally, women’s clothing was heavy. By the end of the 19th century, a fashionable woman typically wore about 37 pounds (17 kg) of clothing. That’s more than three bags of the cat food I typically buy. Seriously, I’m trying to imagine strapping three of those bags to my body and then go gallivanting around. Combine this with the fact that women were often malnourished (certain foods were considered “unfeminine” as was having a healthy appetite) and it’s no wonder that women were prone to fainting.

The part about women’s clothing is incredible, both the weight and the fact that it was fairly common for women to catch fire and burn to death. All I can say is thank god we get to wear trousers nowadays!

Taking a specific item you researched, could you tell us what pushed you to research it and how you weaved it into your story?

Well, along with all the Victorian domesticity, I also briefly researched weapon fighting–with a staff, specifically. There are no swords in the book. All weapons are staves (well, there is one spear, but that’s really just a staff with a pointy end).

One interesting tidbit I took from this research was the practicality of such weapons. Everyone has access to a stick or club, which can’t always be said of swords or other weapons. I worked that detail into the story when another character—Corran—is telling Emelyn about how his dad taught him to fight with a staff, and his reasons for doing so.

That’s quite unusual to have a fantasy novel without swords — fantasy is usually pretty sword heavy. Did you deliberately decide not to feature any swords?

It was a deliberate decision to leave swords out, because, like you say, fantasy is typically quite sword heavy and I always wanted to write a story that was perhaps a little bit different from other fantasy books out there. In saying that, though, I do think the lack of swords fit the story (and wasn’t just me being contrary for the sake of it). We have the Magisters, who use staves primarily to help them with their magic. Then there’s Emelyn, who, as a housemaid, doesn’t have a weapon at all. For Corran, having him use a staff seemed to fit with his carpentry background and pragmatic father. Of course, this doesn’t mean that swords don’t exist in the world, because they do, and will even make an appearance in the sequel, along with a couple other types of weapons.

Did you come across any useful websites or books when looking into all that you mentioned above?

I like to buy books on the subjects I research, so that I can have them for future reference. For this project, here’s a list of books I read: (You can click on the book covers and it will open the relevant amazon page) 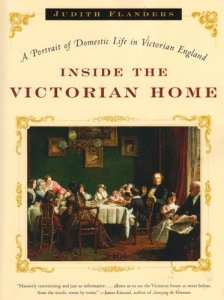 Oh, and I nearly forgot the book about foraging, since a lot of the story is spent wandering in a forest: The Forager Handbook: A Guide to the Edible Plants of Britain, by Miles Irving

And then, of course, there’s the Latin dictionary and grammar books that I used to help create plant names (one of the characters is a bit of a botanist), but I feel like I need to stop with the books because it’s getting out of hand. Those books I already had, though, from when I took a couple Latin courses during my university studies.

That’s a fantastic reading list, thanks for sharing all that! So how do you go about starting a new book, does the research inform the story or does the story guide the research?

The story definitely guides the research. Whenever I come across something I feel I don’t know enough to write about, that’s when the research starts. Most of the research I do is for inspiration, though. To try and get enough information about a time or a thing so that when I create my own version of it, hopefully it’s believable.

Well it definitely works, there’s a great sense of place to The Thirteenth Tower, it’s part of what I enjoyed about it. Thank you again for taking part in this interview Sara, and for sharing all that with us!

In adversity lies strength beyond imagining.

Abandoned as a baby, young Emelyn’s life as a housemaid in the quiet village of Fallow is unremarkable—and empty. That is, until a host of magical creatures arrives and inflicts terrible misdeeds on the townsfolk. Inexplicably immune to their enchantments, Emelyn joins a pair of Magi intent on stopping the cause of the trouble—and who claim to know of her parents, promising Emelyn answers to a lifetime of questions.

But the answers Emelyn seeks prove to be more elusive than she hoped, and the world outside Fallow more perilous than she imagined. Magical creatures roam the land over, attacking yet another town before coming after Emelyn. The key to her survival—and finding her family—lies deep within her, if only she can conquer her doubts and believe she is more powerful than she ever dreamed.

In a journey that explores facing one’s fears amidst the uncertainties of an unknown world, The Thirteenth Tower is a magical tale of discovery, growth, and of love’s enduring strength.

You can buy The Thirteenth Tower at Amazon, Apple, or Kobo.